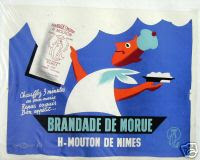 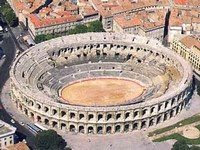 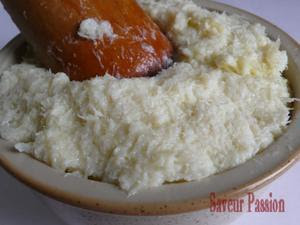 Then in the bowl of a food processor put 2 or 3 cloves of garlic and puree them, then add 4 warm large boiled potatoes and the cod and puree them, while slowly incorporating alternatively your warm olive oil and your warm milk through the funnel of the food processor until both are totally absorbed. Season with the same ingredients as above and make sure that the brandade that you obtained is smooth, not liquid, and not too thick, and without any lumps.
Serve with a slightly cool wine like Costières de Nimes rosé, Tavel, or a white Bandol.
Bon appétit.
Alain
Posted by Alain at 2:32 PM